Ńňđ. 107
eath is the one idea that has no history . Human experience has affected every other , not just in the exact sciences or in mathematics , but in every field . Justice , Love , State , World , even Man , even Life , have something ...
Ńňđ. 113
The idea of immortality , then , and therefore the idea of death , is an idea only by extension , or courtesy . In the first and controlling instance it is “ only ” a transcendental belief . It depends , not partly , but wholly ...
Ńňđ. 151
OF THE PRECEDING ESSAY BY MILTON MAYER Death is the one idea that has no history . It is the idea that punctuates all the other ideas , and thus it has endured , without development or synthesis , through the ages . 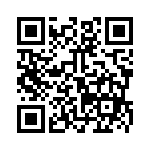