č“­. ix
In regard to the text , the purpose of the book has appeared to justify the choice of
the most poetical version , wherever more than one exists : and much labour has
been given to present each poem , in disposition , spelling , and punctuation ...
č“­. 273
If any star shed peace , ' tis thou , That send'st it from above , Appearing when
Heaven's breath and brow Are sweet as hers we love . 4 Come to the luxuriant
skies , Whilst the landscape's odours rise , Whilst far - off lowing herds are heard
...
č“­. 399
... soul from soul estranged ? At dead of night their sails were filled , And onward
each rejoicing steeredAh , neither blame , for neither willed , 15 Or wist , what first
with dawn appeared ! To veer , how vain ! On , onward strain MACKAY 399.
č“­. 484
11 ) that in the Second Punic War , among other portents , two suns appeared at
Alba near Rome . 29. Flora : the goddess of flowers . 31. Amphion had received a
lyre from Hermes on which he played with such skill that the stones of which he ...
č“­. 485
His first reputation in London was made as an actor , his earliest play appearing
two or three years after he reached the metropolis . The Sonnets were first
published in 1609 in a quarto volume ; but the date of their composition , like
everything ...
čļÕõ¾■∙Ó  »

An updated version including some more modern poems. Among many favourites, it includes Ben Jonson's ōHymn to Dianaö, one of the most perfect lyrics in the English language (you can recite it to the moon, and I have been known to), and ōIt is not growing like a treeö. ūĶ“Ó“³ ŌÕ±³ Ņ“ń¹Ō 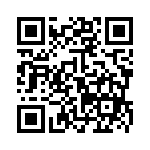