Стр. 48
Now both Rama and Hanuman were present on the chariot of Arjuna to help him.
Lord Krsna is Rama Himself, and wherever Lord Rama is, His eternal servitor
Hanuman and His eternal consort STta, the goddess of fortune, are present.
Стр. 61
For example, Lord Rama was so saintly that people were anxious to live in His
kingdom (Rdma-rdjya), but Lord Rama never showed any cowardice. Ravana
was an aggressor against Rama because he kidnapped Rama's wife, STta, but
Lord ...
Стр. 633
If one is in full Krsna consciousness, he can make his home very happy because
this process of Krsna consciousness -is very easy. One need only chant Hare
Krsna, Hare Krsna, Krsna Krsna, Hare Hare/Hare Rama, Hare Rama, Rama
Rama, ... 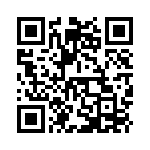