At 1,424 pages, this is a big book, more a handy reference than sit-down-and-read-it page turner. But if you are looking for specific facts about New York Cityís early history, this is the tome for ... ◊ŤÚŗÚŁ ‚ŚŮŁ ÓÚÁŻ‚

This is simply the best history of NYC until 1898, when the city we know today comprised of five boroughs was formed. All aspects of NYC history are covered in great detail. I strongly recommend this book to anyone who has ever lived in NYC or just wants to learn more about it. ◊ŤÚŗÚŁ ‚ŚŮŁ ÓÚÁŻ‚

Edwin G. Burrows is Professor of History at Brooklyn College.

Mike Wallace is Professor of History at John Jay College, City University of New York. Together they have collaborated for twenty years to produce this book, the first volume in the definitive history of New York City. 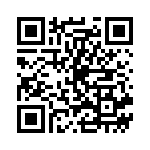