Ńňđ. 49
Had the course we have supposed really existed , society would have stopped in its career , and become stationary at once ; and the advancement of five hundred years would have had no being , except in the visions of romance .
Ńňđ. 55
But there is no probability , that the people of any State would grant such powers to the legislature ; or that the members of any legislature , thus constituted , would consent to serve The only course remaining is that of a gradual ...
Ńňđ. 537
Well , ' says the idle , deceitful servant , who was catched at his play , and suffered to take his own course for an whole hour ; ' well , master , now I see you love I should be lazy , and play ; for otherwise you would ba ave ... 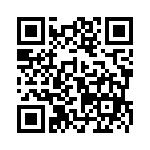