Стр. 74
... Ehr Badr , is an avatar , or by some called a son of Siva , produced from the
jatra , or plaited locks of that deity , which he cut off and threw on the ground , in a
moment of frenzy , on learning the death of Suti , caused by the curse of Daksha .
Стр. 90
The beings ( 9 , 000 , 000 ) whom Parvati caused to issue from her body , then
destroyed all the soldiers of the giant . In return , Durgu caused a dreadful shower
of hail to descend , the effect of which Parvati counteracted by an instrument ...
Стр. 183
It is only by removing the cause that the consequence can be averted . As to the
almost universality of this practice amongst the Jarėjas , the leading cause which
will also operate to its continuance has been entirely overlooked . The Jarejas ... 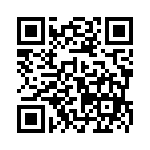