This was a very decent of poems by the skilled Borges. The topics, and style, ranges widely and this is one of the collection's great strengths. The subject matter is deep, inspiring, and sophisticated. It was a good read. 3.5 stars. ◊ŤÚŗÚŁ ‚ŚŮŁ ÓÚÁŻ‚

God has created nights well-populated with dreams, crowded with mirror images, so that man may feel that he is nothing more than vain reflection. That's what frightens us. Was it Dr. Johnson who ... ◊ŤÚŗÚŁ ‚ŚŮŁ ÓÚÁŻ‚

One of the twentieth century's greatest writers, Jorge Luis Borges (1899-1986) published numerous collections of poems, essays, and fiction, Director of the National Library of Buenos Aires from 1955 to 1973, Borges was awarded the degree of Doctor of Letters, honoris causa, from both Columbia and Oxford. He received various literary awards over the course of his career, including the International Publisher's Prize (which he shared with Samuel Beckett in 1961), the Jerusalem Prize, and the Alfonso Reyes Prize. 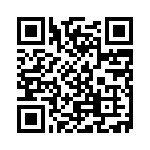