Alexander Baumgarten was born in Berlin on 17 June 1714 to Jacob Baumgarten, a Protestant evangelical preacher, and Rosina Elizabeth, née Wiedemannin. After being raised in the pietistic communities of Berlin and later Halle, Baumgarten was among the first to teach the controversial philosophy of Christian Wolff (1769-1764). By order of the king, he moved to Frankfurt on the Order in 1739, where he remained until his death in 1762. While at Frankfurt, Baumgarten wrote his most influential philosophical works: Metaphysics (1739), Philosophical Ethics (1740), and Aesthetics (2 Vols, 1750 & 1757). It is as formulated in these works that the Leibniz-Wolff tradition was chiefly communicated to later German philosophers, including Immanuel Kant. Today Baumgarten is also regarded as a central founder of modern aesthetics.

Courtney D. Fugate is Assistant Professor at the American University of Beirut, Lebanon. 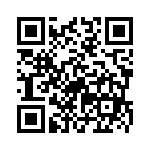