The history of the last three Stuarts to rule England: James II, Mary (of William&Mary) and Anne. Quick history run down: Charles I was executed by his people. His eldest son, Charles II, was invited ... Читать весь отзыв

It would be SO much easier to follow if the chapters were in chronological order, especially as so many of the characters share the names Charles, James, William, Anne and Mary! Читать весь отзыв

Maureen Waller was educated at University College London, where she studied medieval and modern history. She received a master's degree at Queen Mary College, London, in British and European history 1660--1714. After a brief stint at the National Portrait Gallery, she went on to work as an editor at several prestigious London publishing houses. Her first book was the highly acclaimed 1700: Scenes from London Life. She currently lives in London with her husband, who is a journalist and author. 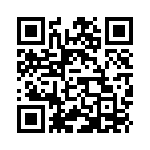