Terry Christensen is a San Jose State University Professor Emeritus of Political Science. Among his other awards for scholarship and service to the university, he was named Outstanding Professor in 1998. He is the author or co-author of nine books and frequent newspaper op-ed pieces. Local and national media regularly call on him for analysis of politics in California and Silicon Valley. In addition to other books co-authored with Larry Gerston, his works include PROJECTING POLITICS: POLITICAL MESSAGES IN AMERICAN FILMS (with Peter Haas, 2005), and LOCAL POLITICS: A PRACTICAL GUIDE TO GOVERNING AT THE GRASSROOTS (with Tom Hogen-Esch, 2006). Christensen is experienced in practical politics at the local level as an advocate of policy proposals, an adviser to grassroots groups, and an adviser and mentor to candidates for local office-many of whom are his former students. He has served on numerous civic committees and commissions. He was the founding executive director of CommUniverCity San Jose (www.communivercitysanjose.org), a partnership between the City of San Jose, San Jose State University, and adjacent neighborhoods. Through CommUniverCity hundreds of students are learning about life and politics in their community through service projects selected by neighborhood residents and supported by the city. 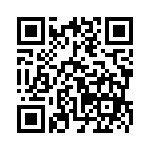