Olivier Kayser is the founder and managing director of Hystra, a global consulting firm specializing in advising corporations, social entrepreneurs, foundations and the public sector in designing and implementing hybrid strategies. Olivier has been a Vice-President of Ashoka from 2003 to 2008, and is the founder of the Ashoka Support Network (a global network of business people supporting social entrepreneurs). He was a senior partner of McKinsey & Company where he spent 18 years based in Paris, Chicago, Hong Kong and Shanghai, advising some of the world's largest multinational corporations as well as state-owned and local enterprises. He is a board member of NGOs as well as of two multi-billion euro international corporations. Born in France, Olivier grew up in Spain, and studied at French business school HEC.

Valeria Budinich is a social entrepreneur and organizational strategist with 25 years of experience innovating at the intersection of business and society. As a Leadership Group Member at Ashoka, she founded the "Full Economic Citizenship", a global initiative that has enabled over 50 hybrid business models in housing, small farmer agriculture and other industries. In 2012, she received the Harvard/McKinsey M-Prize for management innovation for her pioneering work. Prior to Ashoka, Valeria advised international development organizations and coached local entrepreneurs engaged in innovation in Africa, Asia and Latin America. She serves in the Advisory Boards of the Lemelson Foundation and Leapfrog Investments. Born in Chile, Valeria grew up in Central America and the USA where she trained as an Industrial Engineer. 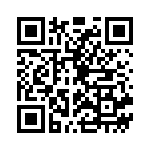