Ńņš. 35
21 dubbed him the Lady of Christ's because of his delicate appearance . In fact ,
it is quite clear that he had a real sense of humour , a not unattractive , if donnish ,
frivolity , which enabled him to make very good jokes and get his own back ...
Ńņš. 36
It has been claimed , from internal evidence , that the series of Italian sonnets ,
written long before he went to Italy , were addressed to , and welcomed by , a
lady who had a facility with languages and music , and who may have been
called ...
Ńņš. 201
We never learn the Lady's or the Brothers ' names , nor do we need to : what they
represent and exemplify is far more ... Together they certainly seem to symbolize
the power of the three theological virtues , and it is possible to see the Lady as ... 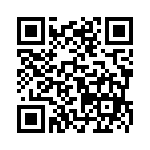