Alain Badiou teaches at the École Normale Supérieure and at the Collège International de Philosophie in Paris, France. In addition to several novels, plays and political essays, he has published a number of major philosophical works.

Alberto Toscano is Lecturer in Sociology at Goldsmiths College, University of London. He is the editor and translator, with Ray Brassier, of Alain Badiou's Theoretical Writings (London: Continuum, 2004). 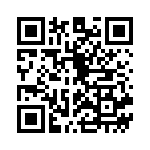