Max Jammer is Professor of Physics Emeritus and former Rector at Bar-Ilan University in Israel. He is the author of a number of treatises on the foundations of physics, including Concepts of Space, which contains a preface by Albert Einstein, and The Philosophy of Quantum Mechanics, which was read in draft by Paul Dirac and Werner Heisenberg. For his publications, most of which have been translated into several languages, Jammer has received numerous awards, among them the prestigious Monograph Prize of the American Academy of Arts and Sciences. In writing Einstein and Religion, Jammer used as his sources the Einstein Archive at the National and University Library in Jerusalem and the library of the Union Theological Seminary in New York. 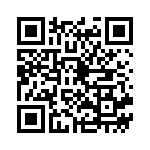