Best known for such classic tales as "Rip Van Wrinkle" and "The Legend of Sleepy Hollow," Washington Irving, (1783-1859) was America's first internationally recognized man of letters.

James W. Tuttleton (1902-1996), volume editor, was chairman of the Department of English at New York University and a co-editor of The Gotham Library. His books on American literature include The Novel of Manners in America and Thomas Wentworth Higginson. 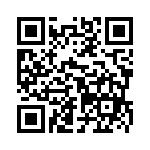