Ira Katznelson is Ruggles Professor of Political Science and History at Columbia University. He is the author of, among other books, Liberalism's Crooked Circle (Princeton), City Trenches, and Desolation and Enlightenment (forthcoming). Books he has co-edited include Paths of Emancipation (Princeton). Martin Shefter is Professor of Government at Cornell University. He is the author of Political Crisis/Fiscal Crisis, Political Parties and the State (Princeton), and coauthor of Politics by Other Means. Books he has edited include Capital of the American Century. 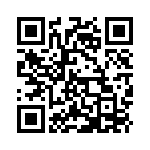