Peter Norberg received his Ph.D. from Rice University in 1998. Since 1997 he has been Assistant Professor of English at Saint Joseph's University in Philadelphia. A specialist on the writers associated with the transcendentalist movement, he has written and lectured extensively on Ralph Waldo Emerson, Henry David Thoreau, Margaret Fuller, and the critical reaction to transcendentalism in the writings of Nathaniel Hawthorne and Edgar Allan Poe. 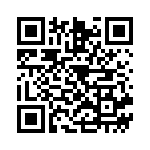