Imagine only being remembered for the worst or most unintelligent thing youíve ever done. Your history, rather than a subtle continuum of up and downs, is seen as the outcome of a single, unflattering ... ◊ŤÚŗÚŁ ‚ŚŮŁ ÓÚÁŻ‚

Encyclopedia Idiotica: History's Worst Decisions and the People Who Made Them is a hilarious look at some of the worst mistakes in history. It starts out with Adam and Eve, and includes the disaster ... ◊ŤÚŗÚŁ ‚ŚŮŁ ÓÚÁŻ‚

Stephen Weir has worked on three continents as a book publisherbooks and authors he has worked with have won National Book Awards and Nobel Prizes among others, and include writers from Patrick White to John Keegan to George Soros. He has written many articles on book publishing for a number of professional journals including The Bookseller, and been featured in the Financial Times, the Chronicle of Higher Education, and as a featured speaker at conferences and on WGN radio. He was also President of the Publishers Marketing Association and Director of Northwestern University Press. He has a double first in History from Cambridge University as well as a Masters in History from there. 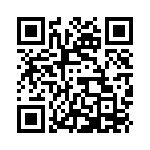