Jay Winter is Charles J. Stille Professor of History at Yale University, Connecticut. He came to Yale from the University of Cambridge, where he took his doctorate and where he taught history from 1979 to 2001 and was a Fellow of Pembroke College. He is the author of Sites of Memory, Sites of Mourning: The Great War in European Cultural History (1995); Remembering War (2006) and Dreams of Peace and Freedom (2006). In 1997, he received an Emmy award for the best documentary series of the year as co-producer and co-writer of 'The Great War and the Shaping of the Twentieth Century', an eight-hour series broadcast on PBS and the BBC, and shown subsequently in 28 countries. He is one of the founders of the Historial de la grande guerre, the international museum of the Great War, in Péronne, Somme, France. His biography of René Cassin, written with Antoine Prost and published in French in 2011, was published in an English edition by Cambridge University Press in 2013. 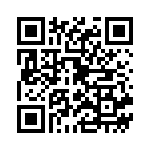