THE UNEASY CHAIR: A Biography of Bernard De Voto

Novelist Stegner tends to identify with writers like himself: westerners who try to forge a literary identity far from the East Coast establishment. Like Walter Clark (see above), Bernard DeVoto ... Читать весь отзыв

In 1972, Stegner won a Pulitzer Prize for Angle of Repose (1971), a novel about a wheelchair-bound man's re-creation of his New England grandmother's experience in a late nineteenth-century frontier town. As a result, Stegner is undergoing something of a revival. His work enjoys a new appreciation for its traditional narrative forms, its use of rich detail, and the unpretentious way it treats general social and psychological issues. For readers tired or confused by postmodernist fiction, Stegner offers relief. Stegner may also be the beneficiary of a quickening of interest in the latest literary westward expansion that includes such diverse writers as Jane Smiley and Larry McMurtry. Stegner's novels and stories are profoundly influenced by the American West where he grew up, and he wants to construct the history of a place where people went, often trying to escape the past. Moving between Eastern "cultivation" and Western "nature," Stegner's novels trace various stages in the Westward movement of the American experience. Against this broad cultural landscape, showing the modern betrayal of the past, Stegner details individual human behavior through a range of fully conceived and finely drawn characters. He is a master at tracing the changes over time in marriages and friendships, as well as at depicting the poignant tensions between a mind that remains strong in a body that is succumbing to illness. 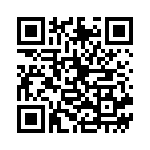