—Úū. 671
( 2 ) Payment of the inspection fee shall be evidenced by a statement made under oath of the amount of commercial feed distributed , together with documents showing that fees corresponding to the tonnage were received by the director .
—Úū. 870
CHAPTER 251 RELATING TO FEES IN THE NEBRASKA STATE RAILWAY COMMISSION Legislative Bill 366 INTRODUCED BY OTTO J. PROHS OF SCOTTS BLUFF , BY REQUEST AN ACT to amend section 75-710 , Reissue Revised Statutes of Nebraska , 1943 , relating ...
—Úū. 897
The sheriff shall , on the first Tuesday in January , April , July , and October of each year , make a report to the county board , under oath , showing ( 1 ) the different items of fees , except mileage collected or earned , from whom ... 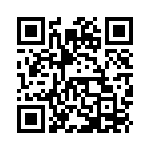