One of my parents' closest friends, who has remained one of my close friends even after watching me grow up (she's a saint), has recently started posting memes on facebook of the "religion is what you ... ×čňŕňü âĺńü îňçűâ

In his Seven Storey Mountain, Thomas Merton tells how a friend advised him to read this work, when Merton was contemplating becoming a Catholic priest, and since I had the book in my library (dated ... ×čňŕňü âĺńü îňçűâ

Thomas A Kempis (1379/80-1471) was a member of the Brethren, priest, Augustinian monk, author of a dozen books, and copyist extraordinaire. He lived at and was a member of the Windesheim congregation at Agneitenberg monastery in the Netherlands for more than seventy years.

Thomas à Kempis was born at Kempen, Germany in 1380. He attended Deventer in the Netherlands where he eventually joined the Canons and was later ordained as a priest. His most well-known work is the Imitation of Christ. It has been acclaimed as one of the greatest spiritual writings of all time. For some time there was some disputed as to the title's authorship. He died July 25, 1471. 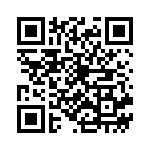