Cleanth Brooks, one of the nation's most distinguished critics, editors, and teachers, is the author of Modern Poetry and the Tradition, The Well Wrought Urn, A Shaping Joy, and Historical Evidence and the Reading of Seventeenth-Century Poetry (University of Missouri Press) 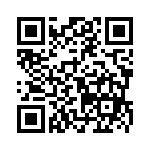