Ruth B. Bottigheimer teaches in the Department of Comparative Literature, State University of New York at Stony Brook. She is the author also of Fairy Tales and Society: Illusion, Allusion, and Paradigm. 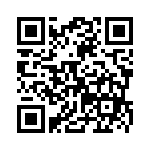