Anthony D. Pellegrini, PhD, is Professor of Psychological Foundations of Education in the Department of Educational Psychology at the University of Minnesota, Twin Cities. His primary interest is in the development of play and dominance. He also has research interests in methodological issues in the general area of human development, with specific interest in direct observations. His research has been funded by the National Institutes of Health, the Spencer Foundation, and the W. T. Grant Foundation. Dr. Pellegrini is a Fellow of the American Psychological Association and has been awarded a Fellowship from the British Psychological Society.

Peter K. Smith, PhD, is Professor of Psychology and Head of the Unit for School and Family Studies at Goldsmiths College, University of London. His research interests are in social development, play, bullying in school, and evolutionary theory. Dr. Smith is coauthor of Understanding Children's Development and coeditor of The Nature of School Bullying and the Blackwell Handbook of Childhood Social Development. He has written widely on children's play, particularly on pretend play training and rough-and-tumble play. Dr. Smith is also a Fellow of the British Psychological Society. 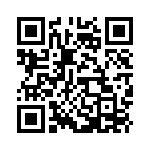