Novel in a university faculty setting, read about it somewhere, finally got a copy. It's seriously funny, even playful, and I love the ending. Читать весь отзыв

I wish he'd written more than one novel. Jarrall is of course most famous for 'The Death of the Ball Turret Gunner,' which was, along with 'The Hollow Men,' one of the poems responsible for getting me ... Читать весь отзыв

Randall Jarrell (1914-1965) was the author of six volumes of poetry and the recipient of the
National Book Award for Poetry in 1961. Pictures from an Institution is his only novel. 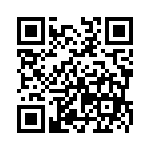