INTRODUCTION Despite the occasionally awkward sentence structure, this is an enthralling book. Modern science was born in the midst of the trauma of religious conflict in 17th century Europe. Max ... ×čņąņü āåńü īņēūā

If I'm not mistaken this is, despite its age, still the standard biography of Kepler. There is a lot of information here -- perhaps more detail than a casual reader might want. Caspar's biography is ... ×čņąņü āåńü īņēūā 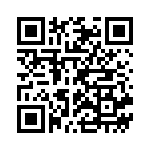