Dense, exhaustive account of espionage and intrigue directed by and against the Vatican, from 1566 to the present.Madrid-based TV correspondent Frattini, who has published several Spanish-language ... Читать весь отзыв

The first 175 pages or so of this book were a little dull. Just a repetition of facts, historical facts, which as we know can be a bit ambiguous. After that things became a bit more interesting as we ... Читать весь отзыв

Eric Frattini has written books on the FBI, the UN, and the CIA, and is the author of Mafia Inc.: 100 Years of Cosa Nostra. He is a TV correspondent and lives in Spain. 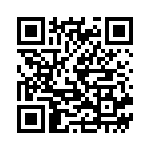