Стр. 47
X. And , moreover , from the perspective of Raba with regard to the position of R.
Judah , who has said , someone may err by as much as three hours less a bit ,
then , we shouldn't eat leaven from the beginning of the fourth hour ? Y. At the
fifth ...
Стр. 63
F. And from Samuel's perspective , there is no problem if he concurs with Rab ,
who repeated the rule as , " Liquids of the slaughterhouse , " but liquids of the
altar can impart uncleanness in the fourth remove to other liquids , so it is only at
the ...
Стр. 68
D. remove , which is invalid in the case of food in the status of priestly rations ,
surely should impart invalidity ( to Holy Things which come into contact with it ) at
the fourth remove from the original source of uncleanness ! We have learned in ... 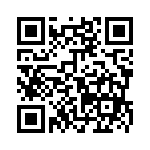