While suffering from the legacy of being regarded as something of a cosmic joke due to his early death in the White House, the author seeks to put William Henry Harrison into perspective by ... ×čňŕňü âĺńü îňçűâ

Robert M. Owens is Associate Professor of History at Wichita State University. He specializes in colonial U.S. history and the Early Republic. He is the author of Mr. Jefferson’s Hammer: William Henry Harrison and the Origins of American Indian Policy (OU Press, 2007). His articles have appeared in the Journal of the Early Republic and the Journal of Illinois History. 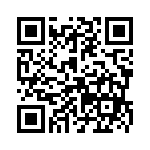