Christopher Lee was born on March 28, 1947 in Australia. He is an award-winning scriptwriter who has been an Australian Associated Press journalist and foreign correspondent and has worked as a script consultant in New Zealand, Singapore and New York. He has won an AFI Award and four AWGIE Awards and is the recipient of a Centenary Medal and a Queensland Premier¿s Literary Award. He also made the Nib¿s Anzac Centenary Literary Prize shortlist with his title Seasons of War:. 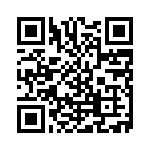