JÃ³zsef Illy is the visiting editor of the Einstein Papers and a visiting associate in history at the California Institute of Technology. 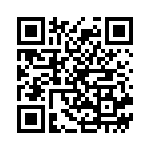