—Úū. 19
No such vote upon the final passage of any bill shall be taken , however , until five legislative days after its introduction nor until it has been on file for final reading and passage for at least one legislative day .
—Úū. 620
E6 , are hereby appropriated from the General Fund of the State of Nebraska for the bill drafting service of the Nebraska Legislative Council , including compensation for bill drafters , legal researcher , correlation clerk ...
—Úū. 807
Statutes of Nebraska , 1943 , as amended by section 1 , Legislative Bill 8 , Sixty - fourth ( Extraordinary ) Session , Nebraska State Legislature , 1952 , is repealed . Approved April 18 , 1953 CHAPTER 232 DETERMINING NEED FOR OLD AGE ... 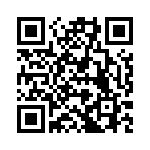