I picked this up again after having got half way through it several years ago. It turned out to be a book of its time. Mr Hoggart a then well known cultural commentator. Distance tells us he was short ... Читать весь отзыв

Richard Hoggart was born in Leeds, England on September 24, 1918. He studied at Leeds University. During World War II, he served as an anti-aircraft gunner in the Royal Artillery. After the war, he worked as an extramural tutor at Hull University for 13 years. In 1951, he published his first book, a full-length study of WH Auden's poetry. His other works include The Uses of Literacy, An Idea and Its Servants, and Townscape with Figures. He taught at several universities including the University of Leicester, the University of Birmingham, and Goldsmiths College in London. He was a decisive witness in the 1960 Lady Chatterley trial, which liberalised British pornography laws and was instrumental in creating BBC2 as a quality television channel. He died on April 10, 2014 at the age of 95. 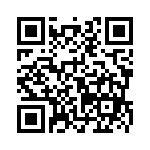