I don't usually read books about religion and I must say that I've been drawn to this one due to it being the "house" of the infamous sentence that originated several other works like Hemingway's "For ... ×čņąņü āåńü īņēūā

These meditations and prayers of John Donne are a difficult read - but worth the effort - most of us try to deny the reality of death by almost any means - here is a man struggling to accept death ... ×čņąņü āåńü īņēūā

Poet and churchman John Donne was born in London in 1572. He attended both the University of Oxford and the University of Cambridge, but did not receive a degree from either university. He studied law at Lincoln's Inn, London, in 1592, and was appointed private secretary to Sir Thomas Egerton, Keeper of the Great Seal, in 1598. He became an Anglican priest in 1615 and was appointed royal chaplain later that year. In 1621 he was named dean of St. Paul's Cathedral. Donne prepared for his own death by leaving his sickbed to deliver his own funeral sermon, "Death's Duel", and then returned home to have a portrait of himself made in his funeral shroud. He died in London on March 31, 1631. 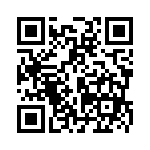