Bruce is a veteran IT practitioner with 30+ years as CIO, Chief Architect, and many other rolesmainly in large global enterprises such as Motorola and Lucent. With expertise in each of Google, Microsoft and Oracle technologies, his main interest is in integration.

For a number of years he has been running a range of popular sites and blogs providing advice and assistance on transition connectivity. 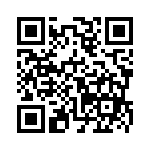