Стр. 37
From the fair amount of original sheathing that remains, it is clear that white,
green, and green-gray augmented the colors mentioned above. Except for the
trabeation (columns, entablatures and pediments), these marbles of the two
cylindrical ...
Стр. 77
He says that Agrippa put a statue of Julius Caesar, who had been deified only a
decade or two earlier, inside the original Pantheon, together with images of Mars,
Venus, and others. The entry of the Deified Julius into the Pantheon associated ...
Стр. 154
The curved wall in the foreground is one of the very large exedrae added to the
original building and shown on the plan (illustration 112) ; (F). i11. The so-called
Temple of Minerva Medica, Rome, model. At the Museo della civilta romana, ... 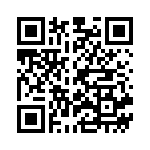