Ņōð. 27
He instances in the olive , which was to be sure known in Greece before the ages
of regular history , and perhaps in Sicily , Calabria , and the southern parts of
Spain , but we think it not indigenous in the north of Italy or Spain , certainly not in
...
Ņōð. 147
In architecture , sculpture and painting , Italy became the admiration of the world .
In the former of these arts , if inferiour to the ancient models in simplicity of design
and grandeur of effect , she was superiour in the science and combination of ...
Ņōð. 147
The number and variety of events of which Italy became the theatre , produced
copious additions to history . The fine arts were cultivated by genius , and
protected by power . In architecture , sculpture and painting , Italy became the
admiration ... 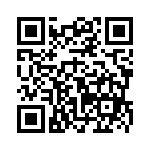