Stuart Peterfreund is a professor of English at Northeastern University. 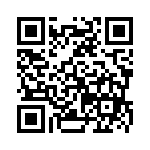