Born in Ottery St. Mary, England, in 1772, Samuel Taylor Coleridge studied revolutionary ideas at Cambridge before leaving to enlist in the Dragoons. After his plans to start a communist society in the United States with his friend Robert Southey, later named poet laureate of England, were botched, Coleridge instead turned his attention to teaching and journalism in Bristol. Coleridge married Southey's sister-in-law Sara Fricker, and they moved to Nether Stowey, where they became close friends with William and Dorothy Wordsworth. From this friendship a new poetry emerged, one that focused on Neoclassic artificiality. In later years, their relationship became strained, partly due to Coleridge's moral collapse brought on by opium use, but more importantly because of his rejection of Wordworth's animistic views of nature. In 1809, Coleridge began a weekly paper, The Friend, and settled in London, writing and lecturing. In 1816, he published Kubla Kahn. Coleridge reported that he composed this brief fragment, considered by many to be one of the best poems ever written lyrically and metrically, while under the influence of opium, and that he mentally lost the remainder of the poem when he roused himself to answer an ill-timed knock at his door. Coleridge's The Rime of the Ancient Mariner, Christabel, and his sonnet Ozymandias are all respected as inventive and widely influential Romantic pieces. Coleridge's prose works, especially Biographia Literaria, were also broadly read in his day. Coleridge died in 1834. 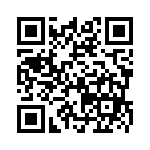