Professor Cho currently focuses her research on the development of smart textiles and clothing. She is one of the Korean pioneers in the field. She successfully mentored 20 master students and 7 doctor students on diverse aspects of textile and apparel science, and published approximately 90 articles during the last ten years. Besides, she led various research projects, notably a 5-year project for the "Technological development of smart-wear for future daily life" funded by the Korean Ministry of Knowledge Economics until 2009. Her works involve scholars from several leading universities worldwide as well as partners from Korean industrial companies.

Professor Cho is a member of the Human Factors and Ergonomics Society since 2005, and stands on the editorial board of Fibers and Polymers since 2000 and is currently serving as an associate editor of the Journal. She has obtained 10 patents covering topics as diverse as switches in fabrics, simulations for fabric sounds, and photovoltaic yarns. She has appeared in Marquis Who's Who both in science and business since 2003. She was recognized as one of the top 100 scientists in 2005 by the International Biographical Center, and received an award from the Korean Federation of Science and Technology Societies at the same year. 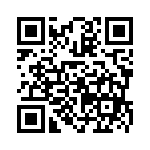