Stephen Hugh-Jones and James Laidlaw teach in the department of social anthropology at Cambridge University and are fellows of King's College, of which Leach himself was Provost. 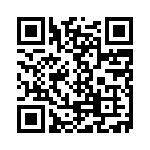