Edith Hall is Professor of Classics at King's College London, and Consultant Director of the Archive of Performances of Greek and Roman Drama in Oxford, UK. She has published more than twenty books on ancient Greek culture and its reception including The Return of Ulysses (2008), Greek Tragedy (2010), Adventures with Iphigenia in Tauris (2013) and Introducing the Ancient Greeks (2015). 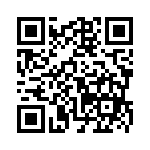