Bonham C. Richardson is professor emeritus of geography at Virginia Tech and now lives in Tucson, Arizona. He is author of several books on the Caribbean, including The Caribbean in the Wider World, 1492-1992. 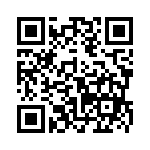