Alfred, Lord Tennyson was born in 1809 at Somersby, Lincolnshire. Schooled at Louth and by his father, a rector, he began to write early, and at the age of twelve he composed an epic of 6,000 lines. In 1828 he matriculated at Cambridgebut only after the elder Tennyson had approved his recitation by heart of the odes of Horace. Poems, Chiefly Lyrical, published in 1830, revealed Tennyson's swiftly maturing talent, a talent which was augmented by his friendship with Edward FitzGerald and A.H. Hallam. In 1830, the poet and Hallam volunteered in the army of a Spanish insurgent; and Poems (1833) derived largely from experience gained on the Continent. Hallam's death in the same year gave rise to The Two Voices (1834)a black period in Tennyson's life. After a lengthy silence he published Poems (1842), earning the admiration of Carlyle and Dickens. The year 1850 witnessed his marriage to Emily Sarah Sellwood and his appointment as poet laureate, succeeding Wordsworth. The gravity with which he took his office was reflected in many poems on state occasions. His later years produced his acknowledged masterpieces: In Memoriam (1850), Maud (1855), Ballads and Other Poems (1880), Locksley Hall Sixty Years After (1886), and scattered sections of what would eventually become his epic, Idylls of the King (1859-1885). In 1892, reading his favorite Shakespeare, Tennyson died at Aldworth and received a public funeral in Westminster Abbey. 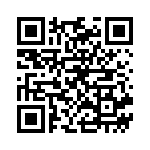