Стр. 101
This would be to abolish the distinction which is widely (and rightly, I think) held
to exist between “occasional” poetry ... it exists, and that Eliot was trying at the
deepest level of his activity to “say something” in Four Quartets, and that, for him,
...
Стр. 362
The Old Man Travelling, The Two Thieves, &c., characters of which the elements
are simple, belonging rather to nature than to manners, such as exist now and
will probably always exist, and which, from their constitution, may be distinctly
and ...
Стр. 504
... after all , can the But it is not only Gaius and Titius . In history of early British
Christianity , in another little book , whose author I will pure reason , add to the
motives for piety as call Orbilius , I find that the same operathey exist in the
eighteenth ... 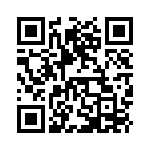