Good general informational outline of the region. Spends too little time on in-depth historical conflicts / issues within the region - covered more outline-ish. I finished this book with a sense that ... „итать весь отзыв

Frederik Coene is currently Attaché dealing with post-conflict assistance in the Delegation of the European Commission to Georgia. His research on the Caucasus began in 1999 during his internship in the Office of the Secretary-General at NATO Headquarters. Since then he has researched, worked and travelled in all parts of the Caucasus. 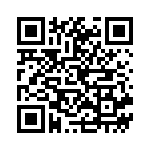