Mordechai Bar-On served as Moshe Dayan's bureau chief in the 1950's, chief education officer of the Israeli Defense Forces in the 1960's, a leader of the World Zionist Organization in the 1970's, and a member of the Knesset and Peace Now activist in the 1980's. He received his doctorate from the Hebrew University of Jerusalem and was a fellow at the U.S. Institute of Peace in 1992-93. 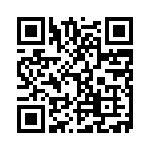