—Úū. 35
though she never laid a hand on Peggy . ď Don ' t get fresh with me , Ē she said . ď I
' m talking the way I talk when I See , Ē said Peggy . ď You come to me as a torch , I
talk as a torch to you . Ē ď Then say what you have to say . Ē ď It ' s easy enough ...
—Úū. 47
Peggy herself had watched his heartfire flicker and die right after the babe was
born . He would ' ve heard that story a thousand times . So he ' d come to that
graveyard , and he could feel his way through the earth and find what lay hidden
...
—Úū. 74
Peggy sat on the bench and waited . She searched for heartfires in the house ,
and found the one she looked for . Only then did she realize what the plate was
for - her calling card . Folks in the city , rich folks anyway , they had little cards
they ...

PRENTICE ALVIN: Vol. III of The Tales of Alvin Mak

Third volume of Card's Tales of Alvin Maker (most recently Red Prophet, 1988), set in an alternate America where magic works (people have "knacks") and a fledgling US peacefully coexists with various ... ◊ŤÚŗÚŁ ‚ŚŮŁ ÓÚÁŻ‚

A country schoolteacher and the child of a runaway slave find their destinies entwined with that of Alvin Miller, whose talent for "making'' has marked him for destruction by the evil force known as ... ◊ŤÚŗÚŁ ‚ŚŮŁ ÓÚÁŻ‚

Orson Scott Byron Walley Card, was born in 1951 and studied theater at Brigham Young University. He received his B.A. in 1975 and his M.A. in English in 1981. He wrote plays during that time, including Stone Tables (1973) and the musical, Father, Mother, Mother and Mom (1974). A Mormon, Scott served a two-year mission in Brazil before starting work as a journalist in Utah. He also designed games at Lucas Film Games, 1989-92. He is best known for his science fiction novels, including the popular Ender series. Well known titles include A Planet Called Treason (1979), Treasure Box (1996), and Heartfire (1998). He has also written the guide called How to Write Science Fiction and Fantasy (1990). His novel Ender's Game and its sequel Speaker for the Dead, both won Hugo and Nebula awards, making Card the only author to win both prizes in consecutive years. His titles Shadows in Flight, Ruins and Ender's Game made The New York Times Best Seller List. He is also the author of The First Formic War Series, which includes the titles Earth Unaware, Earth Afire, and Earth Awakens. 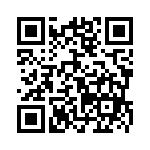