It must have been very crowded in there, since dozens - hundreds - thousands - of New Agers were Nefertiti, subject of one of the most famous sculptures known from ancient Egypt, in one of their ... ◊ËÚýÚ¸ ‚ÂÒ¸ ÓÚÁ˚‚

This is a thoroughly enjoyable book. Dr Fletcher's theories have been a source of hot debate in the Egyptology world, and we may never know whether or not she is correct with 100% certainty. However ... ◊ËÚýÚ¸ ‚ÂÒ¸ ÓÚÁ˚‚

Professor Joann Fletcher is based in the Department of Archaeology at the University of York, where she teaches world mummification and funerary archaeology. She is also Consultant Egyptologist for Harrogate Museums and Arts and archaeology advisor to Barnsley and Wigan museums. Joann is the author of nine books and numerous articles including contributions to the BBC's History website. Among her many television appearances, the follow-up programme to 'The Search For Nefertiti' (televised as 'Mummifying Alan: Egypt's Last Secret') won a BAFTA, a Royal Television Society Award and an Association for International Broadcasting Award. She wrote and presented 'Life and Death in the Valley of the Kings' and 'Egypt's Lost Queens' for BBC2, and has recently completed a four-part series on the history of ancient Egypt again for BBC2. 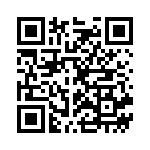